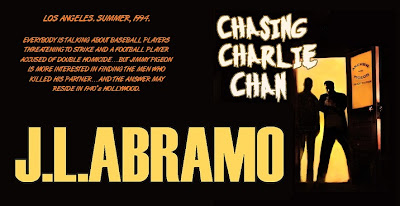 "Mr. Diamond, I came here to talk about my husband."
"Of course you did, Evelyn," I said. I think my voice may have cracked. "Have you thought about going to the police?"
"Finding my husband is already of interest to the Los Angeles Police Department, Mr. Diamond. I was hoping you could help me locate him before they do."
"Why are the police interested in locating your husband?" I plowed on.
"They suspect he killed his business partner."
"And why would they think that?"
"My husband's gun was found beside the body."
"Did he do it?"
"I don't believe so."
"But the murder weapon was found at the scene, and it belonged to your husband. Any theories about that?"
"My husband kept the gun in his office. The victim was killed in the office adjacent to his. The police have little else to go on."
"And?"
"They seem unwillingly to grant that almost anyone could have taken the weapon and killed my husband's associate."
There you go, it could have been anyone. That should convince a jury.
"If your husband is innocent, why is he dodging the authorities?"
"I don't know. Perhaps he feels no one will believe him, he's always lacked persuasive ability. That is why I need to find him. Before he gets himself hurt. Someone suggested you could help."
Why me.
"Why me?" I asked, "There are plenty of very competent investigators in Los Angeles. I could highly recommend a good friend of mine down there. Jimmy Pigeon."
"I came to you, Mr. Diamond, because my husband's business partner was Jimmy Pigeon."
I managed to delay my reaction long enough to get the rough details from Evelyn Harding and then quickly sent her on her way; assuring her I would stay in touch. She was barely through the door before the surprise and shock of Jimmy Pigeon's death hit me like a sucker punch. I opened the top desk drawer and pulled out the ashtray and the bottle. This time it was the bottle of bourbon.
So ends the first chapter of Catching Water in a Net, the first novel in the Jake Diamond mystery series, where Jake discovers, from a total stranger, that his friend and mentor, the man who brought him into the PI business, is dead. And the book, winner of the St. Martin’s Press/Private Eye Writers of America Award for Best First Private Eye Novel, becomes Jake Diamond’s quest to find Jimmy Pigeon’s killer. 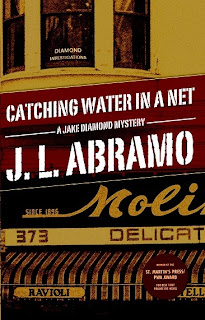 Throughout the first book, and again and again in the subsequent novels Clutching at Straws and Counting to Infinity, Jake refers to Jimmy Pigeon; recalling lessons learned from Jimmy, and often posing the question, when an investigation hits a dead end, ‘What would Jimmy do?’
Recently at ThrillerFest in New York, an international crime fiction writers/crime fiction fans convention, I sat on a panel entitled: Why Did You Kill Off My Favorite Character?
Speaking for myself; killing off a character who the writer, and hopefully the reader, has come to care about, is never an easy decision.  And for me, it is never premeditated.  There comes a time in a story when something has to happen to raise the stakes, and sometimes a sacrifice is required.  And I am as surprised as the reader when a good guy or good gal is killed.  And I often hear from readers of their disappointment; fortunately I have never been confronted with a reader like Annie Wilkes in Stephen King’s Misery.  But what about a character who is killed off before you even begin, who you never really meet, who you only learn about from fond reminiscence?  A character obviously very important to the main protagonist of your series.  As his name kept popping up, I wondered more and more often, who was Jimmy Pigeon? 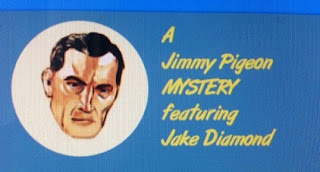 And here is the fun part; I could find answers to my nagging questions about Jimmy Pigeon by simply turning back the clock.  Suddenly I was writing a prequel to the Jake Diamond series, which finds Jimmy alive and at work as a Private Investigator in Santa Monica in 1994.  And the result is a novel called Chasing Charlie Chan, published by Down & Out Books in trade paperback and eBook in September 2013.
I have no illusions of grandeur, but being able, as a writer, to bring a character back from the grave, is pretty nifty.  It was a great exercise for me, and I can only hope it will resonate with those Jake Diamond fans who have at times also wondered about Jimmy Pigeon, the man who said, among other things: When it comes to private investigation, nine times out of ten the client is your worst enemy.
Posted by J. L. Abramo at 7:46 AM