FIRST AND FOREMOST A FAN

AN INTERVIEW WITH DOWN & OUT BOOKS' ERIC CAMPBELL ON INDIE PUBLISHING 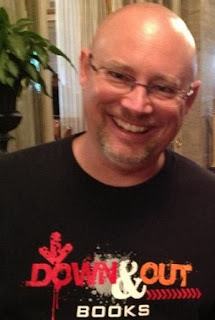 As DOWN & OUT BOOKS moves toward a third anniversary, the two-year-old is walking with better balance and greater confidence.  The toddler is finding its identity. I was interested in hearing about why anyone would feel compelled to tackle the challenging and risky business called Independent Publishing—and who better to ask than Eric Campbell—the founder, publisher, editor, sometimes copy editor and avid crime fiction fan who stands at the helm of the young Indie.

Q: You are obviously passionate about crime fiction.  What grabbed you?

A: I remember my mom taking my brother and me to the library when we were nine or ten and picking out a book in the Alfred Hitchcock and The Three Investigators series.  It was the beginning of my love for crime fiction.  There were periods when I would read other genres, but I always came back to crime—only in books, of course. When I was in my early teens I stumbled across a copy of Headhunter by Michael Slade, it was the first adult crime book I remember reading. A terrific novel and a very scary one for a fourteen-year-old—combining murder, mystery, horror and psychological suspense.  I was hooked. 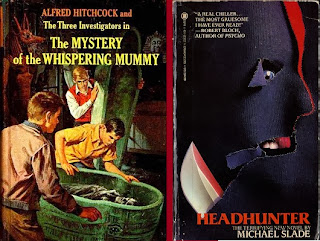 Q: Headhunter, as well as The First Deadly Sin and Red Dragon before it, changed crime fiction by featuring the serial killer and a heightened level of graphic violence.  What other novelists and sub-genres of adult crime fiction fed your passion?
A: There are far too many crime writers who I enjoy reading to list here. Dennis Lehane, Michael Connelly, George Pelecanos, Reed Farrel Coleman and the great James Crumley just to name a few. Did I forget to mention J.L. Abramo. In terms of sub-genres, I continue to get pleasure from serial killer books, particularly those which offer a fresh take on the subject. I am also drawn to the police procedural, some espionage, and find the quirky Florida crime novels of John D. MacDonald and Tim Dorsey very entertaining. On the top of my list is the hard-boiled private eye novel.  And any work of fiction, be it a crime novel or otherwise, earns my admiration if it is smart—written with wit, intelligence and a true and honest understanding of human strengths and weaknesses.
Q: Without getting to Down & Out Books quite yet, what about you? What compelled a huge fan of crime fiction to explore publishing and what were the first steps you took in an effort to scratch the itch?
A: Being a fan of crime fiction, I was always on the lookout for publishers who released unique books. I found that with Dennis McMillan. What started out as consumer-company relationship developed into a friendship. Dennis would talk about the issues he was struggling with—fewer readers, eBooks, recession— the same kinds of stuff any business deals with. I had a day job that afforded me the freedom to get involved in more personally satisfying projects outside of the daily grind, so I threw out a business plan to Dennis. Unfortunately, he had already made up his mind to make a change in his career so it didn’t come together.
In the meantime, Ben LeRoy had recently left Bleak House Books and started Tyrus Books. He and Alison Dasho were looking for some investors in Tyrus—so I invested in Tyrus and became the CFO. I learned a great deal about the publishing business in a very short time. Ben and I sold Tyrus to F+W in April 2011. Ben went to work for F+W and I was out of the publishing business.
My hiatus didn’t last too long. I still had a burning itch to be involved. I had made a lot of good friends. In particular, Jon Jordan and I had become close. There had been discussions about Tyrus publishing the eBook version of Crimespree Magazine, but after the acquisition by F+W it fell off the table—so Jon and I talked about an alternative plan for publishing the e-Magazine, and  Down & Out Books was born. 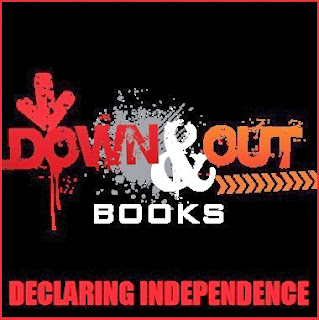 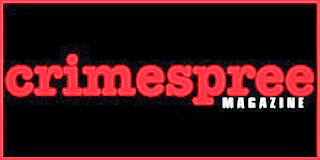 Q: From publishing the eBook version of Crimespree, D&O quickly moved on to publishing crime fiction eBooks—beginning with the re-issues of out-of-print novels you particularly admired and wanted to see out there again.  How did you go about acquiring those initial titles—and when did you get the wild notion to take a chance with previously unpublished works?
A: I looked at my personal book collection and asked, “What happened to this writer, and this one?” I made a list of several who I had read and really enjoyed and who seemed to have disappeared. When I first started D&O, I had a partner. I gave him the list and asked him to try to make contact with the novelists on the list. We had quite a bit of success in contracting some of these authors. Then I asked Jon Jordon and Jeremy Lynch of Crimespree for additional recommendations of crime writers who would fall into the where are they now category.  I pursued those folks and again had some success. Each time I began the process with a writer, I asked if they had unpublished works and what they were doing with them. Several had books; so after releasing their previously published catalog, I started working on the new ones. I can’t tell you how much I’ve enjoyed that aspect of what I’m doing. To be one of the first readers of some really great books is very exciting and rewarding. It will be even more rewarding when any of them is deservedly discovered by the general reading public in a big way.

Q: There is so many books out there, getting discovered is a formidable task— particularly for a small Indie publisher with a limited promotional budget.  What can Down and Out Books do within its financial means to bring more attention to the house and its stable of writers, and how can the D&O authors help in this effort?
A: You hit the nail on the head.  In most cases, a small independent publisher does not have the financial means to really push a single book the way the major New York publishing houses can—and even the big houses spend a great majority of their marketing bucks on their big names, those in their stable who have profitable track records.  Many of our writers were dropped by traditional New York publishers—not because they weren’t writing good books—but because these very good books weren’t selling enough to suit the publisher’s needs—largely due to the fact that they were not getting the kind of marketing attention needed to turn it around.  As an Indie publisher, Down & Out Books has been able to reissue some terrific out-of-print titles—and release previously unpublished titles—from a group of excellent crime novelists. That said—D&O Books does commit funds for publicity to each new book. It could be as simple as a formal press release or as robust as engaging a dedicated publicist or running ads in crime fiction magazines. I'm a finance guy by day, so I like to measure results. The success rate of these efforts has been challenging to measure—nothing has produced a rocket ship ride to the moon in sales—but I believe it is worthwhile and necessary. It's all about repeat exposure to create a brand awareness for the author and D&O Books. Many of our ads feature several covers of recently released or forthcoming books.  Maybe one or more will catch an eye or two and generate sales—and just as enjoying a novel by an individual writer creates interest in that author’s other books, so might enjoying a book by one D&O writer create curiosity about our other writers.

I truly believe we—the authors and publisher—need to work together to move the needle. Readers want to hear from the authors more than the publisher. I'm just the back office guy who should be in the shadows while the authors are the spokespeople in the spotlight. So far, I've found that only a handful of authors really want to participate in a joint promotional effort. And that's a shame because if the individual authors did more to promote each other it would multiply the brand reach significantly—and that is what will sell books for all.  So we are waging a campaign to encourage our authors to become more involved in team promotion.
Q: What goals and hopes do you have for Down & Out Books in the near and distant future? 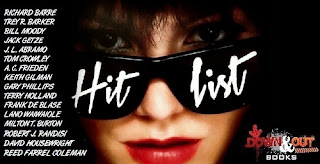